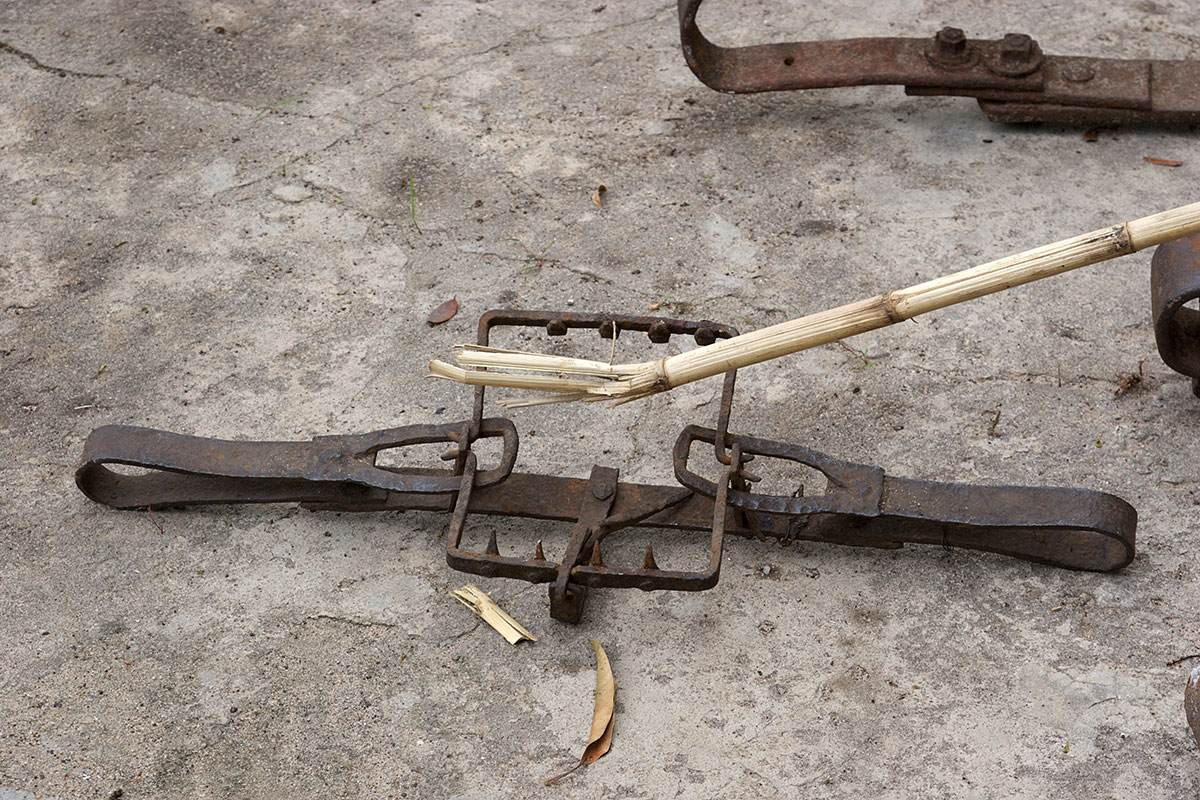 There are those that believe sport hunting has caused great declines in Africa’s wild game populations. But the success of Mark Haldane and his team in Mozambique shows that this simply isn’t true. (Brad Fitzpatrick)In 1994, professional hunter Mark Haldane arrived in coastal Mozambique and found the region decimated. Once robust game populations had been reduced to almost nothing over the course of the nation’s fifteen year civil war, which ended in 1992. Buffalo numbers plummeted from an estimated 45,000 in the years before the war erupted to around 1,200 by 1994, and unverified rumors persisted of Russian gunships firing on herds of buffalo and flinging the animals out to canning ships. Waterbuck populations fell from an estimated 80,000 before the war to only 2,500 afterwards. The smaller game like suni and reedbuck remained on the fringes of towns, relatively safe as militant groups combed the countryside, but larger game animals like sable, hartebeest, nyala, eland and zebra were poached relentlessly. Mozambique’s game fields, once the hunting grounds of Jack O’Connor and Harry Manner, and the game that was once found there in abundance seemed to have fallen victim to the violent struggle for control of the country.When Haldane began the daunting task of reinventing Coutada 11 as a successful hunting area he had his hands full. For starters, there was very little game, and poaching, either for market or sustenance, was the order of the day. The game that remained survived in a region without strict game laws or the manpower to enforce those laws. But the landscape in Coutada 11, known as the Delta, was a mix of swamp, flood plains, savanna, miombo woodlands and sand forests, and that diversity made the area a viable location for the rebuilding of game populations. As Haldane’s efforts to develop the area into a hunting unit progressed and wildlife numbers rebounded, poaching became a problem once more. To combat this, Haldane knew he was going to have to dedicate time and money to concerted anti-poaching efforts.

“Initially, anti-poaching was conducted by our resident PH and the trackers during their spare time, but as things progressed we found the need to have a full time unit,” says Haldane. “Our first unit consisted of 5 rangers, 2 were sent for training at Gorongosa National Park and became (and still are) our section leaders. The unit was made up of local residents, all ex-poachers. A salary (which most had never received in their lives) and an elevated status in the local community made them take their job seriously. They were deployed on a daily basis by the resident PH and normally targeted an area where they spent up to 3 days, arresting poachers and taking out snares and ginn (steel) traps. They were effective, not in stopping the poaching outright, but certainly in suppressing it.”

Haldane didn’t just arrest and remove poachers, he set about developing a strong relationship with the local community and working to create an atmosphere of trust and respect with the surrounding villages.

“Around 2001 we started a meat distribution program, of the animals we shot, choice cuts were taken for camp, the balance was split, 50% went to our staff and 50% went to the local community,” Haldane says. “We took this one step further and campaigned government to issue a community quota of the more common animals. Today, that quota sits at 50 reedbuck and 1 buffalo. We shoot this on their behalf and deliver the whole animal to them. In more recent years through the help of a very kind client, we built a school and teachers houses as well as water wells for the dry season. A mobile corn mill is another of our efforts to assist and retain a good relationship. It has to be a two way street. If our unit arrests poachers from a particular village, we meet with the elders and discuss the issue, the norm is for the villages meat allocation and milling privileges to be suspended for a few months. Recently, we have had poachers come and hand in their own traps for reward, they claim it isn’t worth the risk of being caught and risking the village’s privileges.”

Haldane’s efforts resulted in a dramatic increase in wildlife populations. Today, the buffalo population in Coutada 11 has risen from 1,200 animals to over 20,000. Likewise, other animals like sable, nyala, and eland have made remarkable recoveries, and now the Delta is once again rich with wildlife. But that marked success has not come without its problems; more game has drawn in more poachers, and many now come from areas outside the coutada to capture meat for trade. As the game numbers have increased, Haldane has also helped build his anti-poaching force, and today his crew includes 22 men under the control of unit leader Craig Vindt.

“Craig is passionate about ‘his unit’, and his passion has rubbed off on his rangers,” says Haldane. “New tactics and plans are discussed on a daily basis. Ambushes are set and areas patrolled. The poachers know if you poach in Coutada 11, there is a big chance you are going to be caught. Craig’s unit is mobile and has a Land Cruiser and a bike squad. Our motor bike unit is a quick reaction unit. It consists of 5 bush bikes with 4 rangers and Craig. They are able to follow foot paths and access areas that you can normally only get to on foot. They are also able to cover a very big area in a day. Another advantage of this unit is that if a PH sees any sign of poaching he can radio in and within 30 minutes the unit can be deployed. The rest of the unit do daily foot patrols and frequently set ambushes primarily targeting the routes used to take the meat out of the area. In addition to salaries, the rangers receive a reward for each ginn trap brought in (about 50% of the street value). We now see less and less of these cruel devices.” Haldane says that the Mozambique government has also passed legislation that creates stiffer penalties for poaching, and sentences now range from two to eight years in jail.

As hunters, our legacy lies in insuring that wild game populations survive for future generations to appreciate. Ravaged by war, besieged by poachers, the game in Coutada 11 seemed destined for disaster, but thanks to Mark Haldane and his crew’s efforts the region has been restored to its former glory over the last two decades. As other areas of Africa facing the same pressures lose their wildlife resources, Mozambique, despite all odds, has been improving, and that improvement has happened with funding generated by sport hunting. Today, the Delta is one of the most game-rich areas in all of Africa, but it may not always stay that way. Haldane understands that maintaining the level of protection that the area currently enjoys requires funding. Last year, Haldane’s fundraising efforts helped raise almost $50,000 for facilities, equipment, and salaries, money which helps win the war on African wildlife. As anti-hunters seek to spread deceitful ideology to the public, the success in Coutada 11 stands as a clear example of what the funds generated by sport hunting can accomplish, both for wildlife and for local communities. The future of African wildlife is indelibly tied to hunting and the conservation efforts it funds.