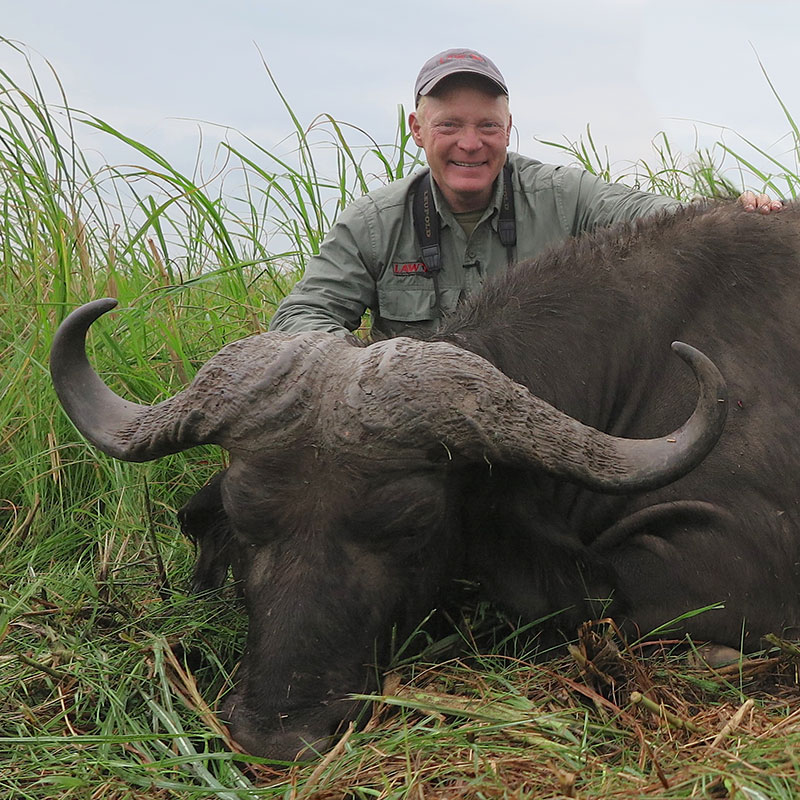 We all know that, in so many areas, ivory poaching is worse now than since the dark days of the 1980s. It’s also true that, after decades of successful management in southern Africa, both black and white rhinos are facing a new crisis from commercial poaching. In spite of these headline-gatherers, I believe the two most serious problems facing African wildlife are loss of habitat and meat poaching.

In the face of an ever-burgeoning human population the only answer to the former problem is land set aside for wildlife…with that inviolate status enforced. Although serious enforcement is often an issue, most African countries do this with National Parks, which are usually not hunted; with designated Game Reserves, which may or may not allow hunting; and with designated hunting areas set aside that place value on wildlife through hunting fees, local employment, and community programs. Mozambique uses a variety of these options. In the north portions of the vast Niassa Game Reserve and designated surrounding blocks are hunted. In coastal Mozambique the Marromeu Reserve is not hunted, but the surrounding areas, designated Coutadas or “hunting areas” are hunted.

Fees contribute to conservation, management, and enforcement. Assisted by private donations (of course from hunters), area outfitters have built schools and houses and dug wells for clean water. Annually, tons of meat from legal safari hunting is distributed to local villages. Unfortunately, time has proven that this is not enough. Even here meat poaching remains a serious threat. In many parts of Africa, even as wildlife dwindles it’s hard to make a case against starving people. Because of the foregoing this is not the case here; poaching is more of a traditional and cultural issue. There are a few guns and a lot of spears, but the primary means is snaring. By any technique meat poaching is totally indiscriminate, and although there is always sympathy for subsistence hunting, the reality is there are now too many people for the wildlife to support it.

The only answer is effective anti-poaching, and the only entities with the expertise and the will are the outfitters. In my 38 years of African hunting I have seen many outfitters give lip service to anti-poaching…and I have seen a very few take it seriously. I have never seen anyone take it more seriously—or do it better—than our friends at Zambeze Delta Safaris. The wonderful thing is: It’s working! In the eight years I have been hunting this part of Africa I can honestly say that I have seen a dramatic increase in wildlife, visible not only in sheer numbers, but in the calmness of the animals because of less harassment. Nyala are far more visible, Lichtenstein’s hartebeest are now increasing exponentially, the sable antelope are a wonder, and the buffalo are a miracle.

Two years ago the Brothers Haldane and their team held an anti-poaching fundraiser in Dallas, using the proceeds to better-equip and motorize their anti-poaching unit with “dirt bikes,” allowing for the first time a really rapid reaction force. In just a season the benefits are visible, with the “highly poachable” small antelopes, reedbuck, and warthog suddenly much more visible.

As all outfitters must and do, some of the costs of anti-poaching are passed along to every client as part of their fees. Zambeze Delta Safaris does this, of course, but in an effort to keep costs down and not just maintain but increase their anti-poaching efforts, they continue to seek direct assistance, both from their clients and conservation organizations. In wild Africa Zambeze Delta Safaris’ Coutadas 11 and 12 are the only areas I have seen where, across the board, virtually all species are increasing. Their success has been noted and approved by both the Mozambique government and the World Wildlife Fund. It gives me tremendous personal pleasure and a lot of hope to see how well these areas are doing. Today they remind me of Zambia and Tanzania back in the 1980s, so I plan to keep hunting there, and hope I can, in some small way, help this miraculous recovery of African wildlife. To that end Donna, daughters Brittany and Caroline, and I are proud to take on Zambeze Delta Safaris’ anti-poaching efforts for the month of November. That’s a random pick, but it’s my birthday and the Marine Corps birthday, so I won’t forget it. Perhaps some of you would like to pick a month that has special significance?