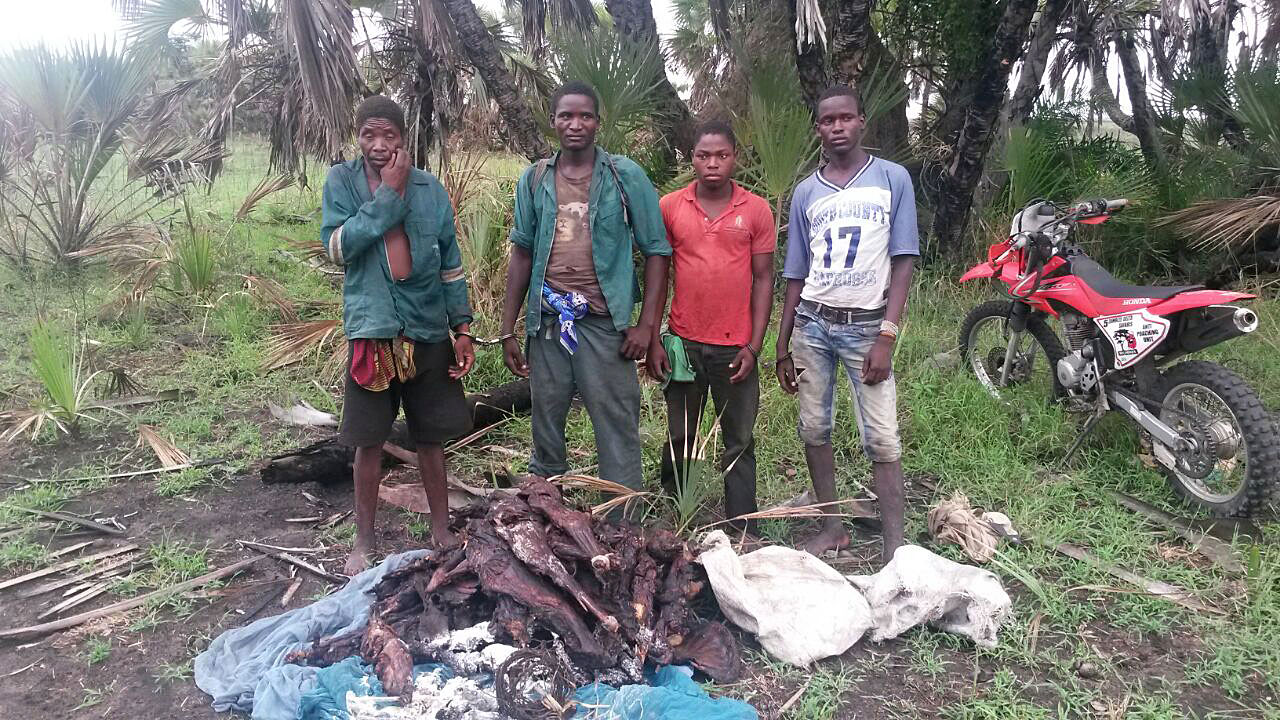 Thanks to the Anti-Poaching Unit

Efforts of the unit shows in the numbers!

Bicycle tracks were followed into Coutada 12. Bicycles are a favored method of collecting meat from the poachers. We were able to follow the tracks right into the poachers camp near to Sengwe pan. The poachers had dug a water hole to concentrate the game into their snare lines. A large amount of meat was recovered as well as snares and gun trips. Unfortunately the poachers must have herd the unit coming in as they had fled their camp.

4 poachers were arrested with a large haul of meat. They were poaching on our Eastern islands right on the edge of the swamps. They were well equipped even having mosquito nets.

Apart from bicycles, Chinese motorbikes are also used to collect meat from the poachers. We were fortunate to catch up with this one on our main road to Marromeu with a load of meat. It will be impounded and certainly deters the owner from coming into the Coutada again.

Last week one of the well known poachers in Coutada 11 approached me, he said, he was tied of continually running from us and would like to enquire if we would be prepared to purchase his traps from him. We will do our best to use this man in the road clearing gangs. This isn’t the first time this has happened, but shows that the constant pressure and patrols from our unit are paying off.